How can drama help to change perceptions and behaviours?

With the increasing challenges facing today’s world we explore the role that scripted content can play in helping to inspire and compel social change with leading innovators in this space. How can drama and scripted comedy help to alter perceptions and change behaviours in areas such as the environment, mental health, inclusion and human rights and why is it important to do so?

No need to prove how effective drama is in raising awareness and inspiring action anymore. Morgane Baudin, sustainable production consultant and co-founder of Pixetik, product placement for good, gives the recent example of Emmanuel Macron. Shaken by Ladj Ly’s film Les Misérables, the French President asked his government to quickly do something about the dire state of Paris suburbs. Drama seems more efficient in raising action than the report he got on his desk last year…

Drama makes you look at an issue from a different, human perspective. Genevieve Barr, who is a deaf actress, gives credit to BBC for shows such as The Silence, which main character is a deaf girl. However she regrets that social issues such as diversity or disability are often considered as boxes broadcasters can tick and forget about for the next five years. She calls for a change: when we, creators, producers or commissioners imagine content could we go from “how can we create mass-appeal?” to “how can we make a change with our story?”.

These two questions are not contradictory. Stories have to be entertaining because change only happens when the content gives the public emotions that create a feeling of empathy and alter their perceptions. Hilary Bevan Jones, an experienced British producer, gives the example of her production for BBC and HBO The Girl in the Café. The TV film tackles the issue of extreme poverty but is above all a romantic comedy and the story of two people falling in love.

Since 2004, Participant, an American production company, has shown how entertainment and social issues could successfully come together. Dedicated to create Social Impact Entertainment (SIE), the company earns several millions dollars every year while having a powerful social impact. Along with producers such as Miura Kite, Nicole Starr, VP Social Impact, creates campaigns around the release of their feature films or documentary to induce:

1. Cultural Change
(the opportunity to see an issue in a new way)
2. Behavioral Change
3. Policy Change 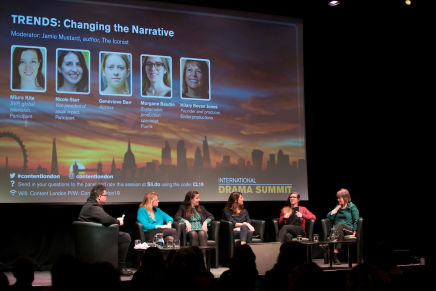 To do so, they use them as catalyzer for discussion and action. A recent example: Roma, by Alfonso Cuarón. After researching how the film could have an impact on domestic workers’ rights in Mexico, they teamed up with organizations that are active on the topic and organized a screening of the film in the Congress. The law was passed quickly after and Roma definitely helped secure better rights.

If social issues and sustainability are at the heart of their films, drama can also change the world another way. By normalizing some ideas or behaviors: a mixed couple, going to work on a bike, using a tawashi… without them being the main topic of the story, without underlining them. Having a deaf character which is not characterized by its deafness in the story would show that deafness is not what defines Genevieve Barr or any other deaf person as an actress or a human. It is the goal of French social enterprise Pixetik to use product placement as a way to inspire a more sustainable world to the audience. By placing sustainable products and services, the social enterprise aims at diversifying and greening the objects and behaviours we see on screen. 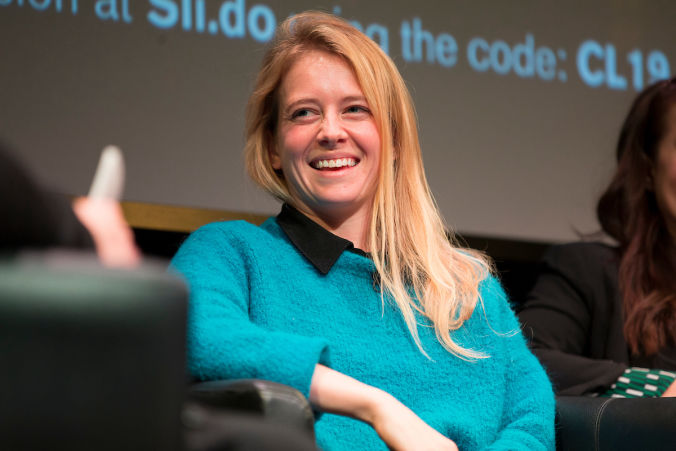 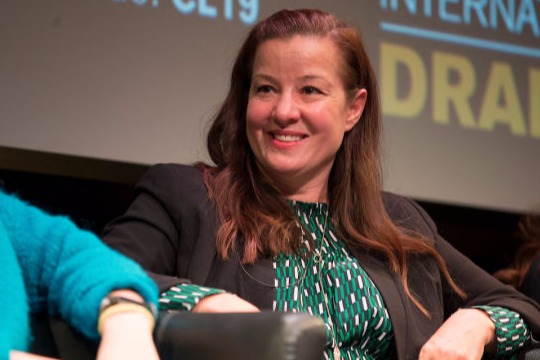 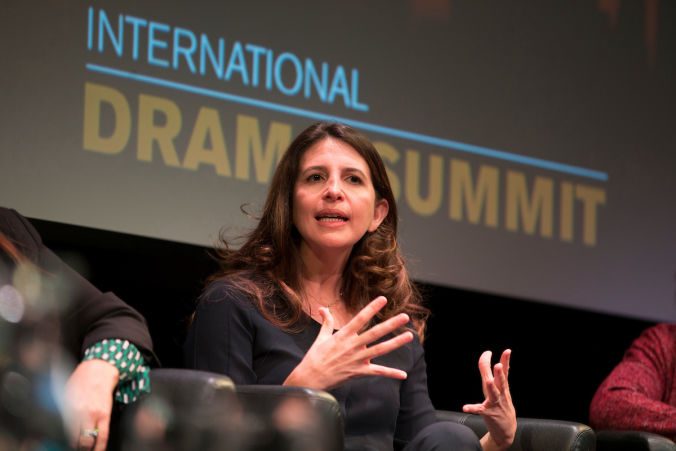 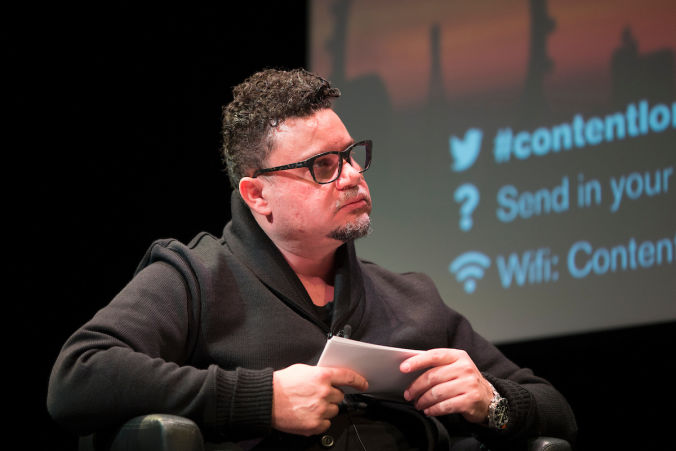 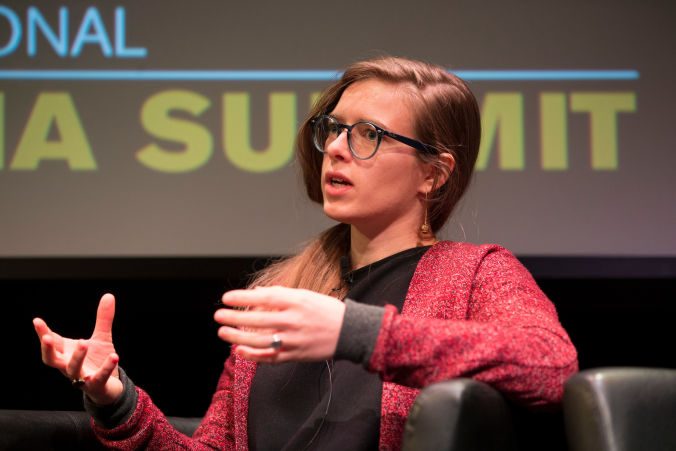 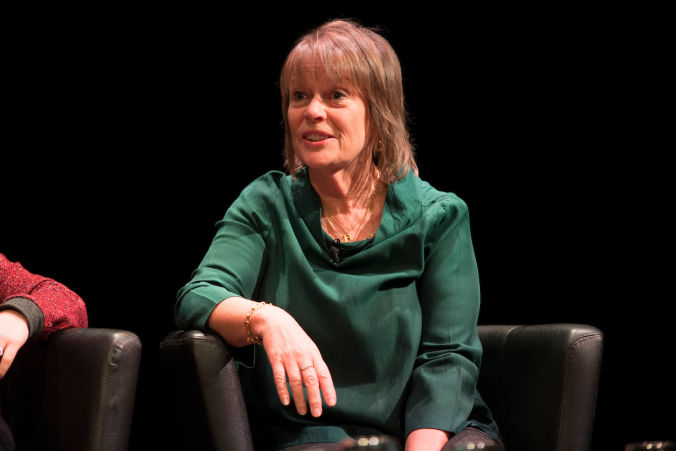 Testimonies from a sustainable drama

The panel changing the narrative was followed by a case study: Aruanas, a Brazilian TV series, produced by Maria Farinha Filmes and Globo. The show is sustainable in a lot of ways. In the content first, it tells the story of four female sustainability activists who fight to protect the Amazon and its population. Two of the main characters are non-white. The show reflects the complexity of the world: no character is purely good or bad. The director of the sustainability NGO is harsh and the CEO of the polluting mining company is kind to his disabled grand-daughter. The creators have chosen to adopt a soapy tone for the TV series to be entertaining and appealing to a wide audience while talking about a serious issue.
Behind the scenes, the production team has adopted sustainable practices by hiring local from the Amazon region for instance and 50% of the crew are women. As Participant, Maria Farinha Filmes is a B-Corp company which aims to create social impact entertainment.
The two panels highlighted the importance of partnerships to have impact, something Green Screen have also shown during its first three years. So let’s go on dreaming collectively about a sustainable world! And making film a different, sustainable way could inspire us to tell different, sustainable stories.
Toute l'actualité